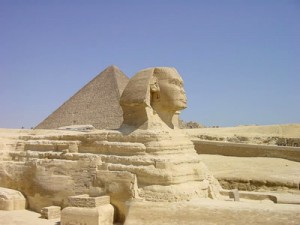 Egypt has long been an African vacation spot, ever since Thomas Cook escorted his first Egypt tour in 1969 thereby inventing long – haul Egypt vacation package tourism. No other country is more stuffed with monuments and antiquities, all the more astonishing when you realize that 96 percent of Egypt is desert, relieved only by the Nile valley and its delta.

Egypt as one of the world’s oldest continuous civilizations, is rich in history and presents an astonishing sweep through five millennia: Three thousand years of pharaoh rule prepared by Assyrian, Persia and Greek invasions, and followed by Roman, Byzantine and Arab conquests, and colonization by Turkey, France and Britain. The most famous pharaonic sights are the pyramids of Giza, the sphinx which are considered one of the Seven Wonders of the Ancient World, valley of the kings and Kamak. But these are just a tiny fraction of what can be seen. Among the country’s later wonders are some of the world’s oldest churches, with the World’s ‘oldest university’ unearthed in Egypt CAIRO.

Egypt has a lot to offer and our list of attractions below only scratches the surface.
Antiquities aside, there are other treasures to lure travelers, too – luxurious Nile cruises, camelback desert adventures, oasis, Red Sea beaches and coral reefs, isolated monasteries. Egypt truly offers an unforgettable holiday experience.

Egypt’s Attractions And Places To Visit

The pyramids of Giza and Sphinx are just outside downtown Cairo. The Great Pyramid of khufu, the only survivor of the seven wonders of the world, flanked by two other pyramids and the sphinx. The sheer size and geometric precision of the monuments including their astronomical alignment, have long led to theories about their hidden meaning, powers and their architects with some even claiming that they must have been built by beings from outer space.

Cairo is Africa’s biggest metropolis and even the pyramids and sphinx aside, Cairo is a place still worth spending time in. In spite of a population of over 14 million, the visitor to Cairo will find it surprisingly gentle. It can however look about chaotic at times for a foreigner but it has a great feel. Apart from Giza, the indisputable highlight is the Egyptian Antiquities Museum. Even if you’re not a fun of museum’s don’t miss this one – It has some of mankind’s most beautiful creations among its 130,000 exhibits. Most famous among these is the golden funerary mask of pharaoh Tutankhamen. Travelers are often surprised to find that the heart of the city itself is also a museum, especially of Islamic times- there are architectural masterpieces at every turn, including visitable mosques. Close at hand, too, are the ever – entertaining souks of khan el-khalili.

Dakhla oasis
A custer of oasis, gardens and lakes, Dakhla is life for fourteen settlements. The oldest and most memorable, with well-preserved traditional architecture, is the village of Al-Qasr, deliciously positioned amid pink dune-draped mountains. Despite having been largely abandoned. Al-Qasr’s old town – dominate by a cylindrical twelfth – century minaret – remains intact, and conceals many a photogenic nook and cranny. Dakhla’s other attractions include romantic Qalamoun village and its improbable desert lakes, the Muzawaka Tombs dug out of a table-top mountain, and the diminutive Egyptian Roman temple or Deir el-hagar, which became a Coptic monastery.

Egypt’s Valley of the Kings Halfway down the Egyptian Nile, Luxor (meaning “the palaces:”) was ancient Thebes, capital of Egypt’s New Kingdom in the second millennium BC. An obscene profusion of pharaonic temples and tombs are found within a few kilometers of town, mostly famously at Kamak and in the valley of the kings. The latter was where generations of pharaohs excavated their tombs; the most famous is that of Tutankhamen, which was opened in 1922 after 3274 years in darkness. Most of its treasures are housed in Cairo’s national museum, though the pharaoh’s mummy and innermost gold coffin are still in situ. Dozens of other tombs can also be visited, many lavishly decorated with hieroglyphs and cosmological scenes.

Karmak
While the valley of the kings is all about decoration, in kamak it was size that mattered-its temples, arranged into three precincts, were built to gargantuan scales to house the gods. The most impressive is the colossal temple of Amun, with its bulging columns and even more portly statues, but there are plenty more temples besides, less visited but no less imposing, including those of Khonsu and Ramses III, an impressive avenue or ram-headed sphinxes.

Gilf Kebir
For dedicated desert rats, a day to an oasis may not be enough. For those interested, desert excursions and expeditions are possible, both in the Sinal and west of the Nile. Kebir plateau in the Uwaynat Desert, with its evocation World War II wrecks and prehistoric rock art. 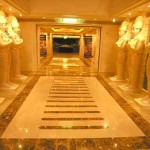 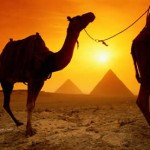 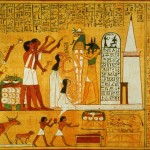 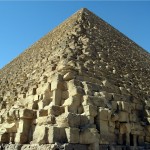