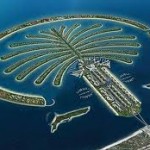 Dubai is one of the seven emirates of the United Arab Emirates (UAE). It is located south of the Persian Gulf on the Arabian Peninsula and has the largest population with the second-largest land territory by area of all the emirates, after Abu Dhabi.  Dubai and Abu Dhabi are the only two emirates to have veto power over critical matters of national importance in the country’s legislature.

The earliest recorded mention of Dubai is in 1095, and the earliest settlement known as Dubai town dates from 1799. Dubai was formally established in the early 19th century by the Al Abu Falasa clan of Bani Yas, and it remained under clan control when the United Kingdom assumed the protection of Dubai in 1892. Its geographical location made it an important trading hub and by the beginning of the 20th century, it was an important port. In 1966, the year oil was discovered, Dubai and the emirate of Qatar set up a new monetary unit to replace the Gulf Rupee. The oil economy led to a massive influx of foreign workers, quickly expanding the city by 300% and bringing in international oil interests. The modern emirate of Dubai was created after the UK left the area in 1971. At this time Dubai, together with Abu Dhabi and four other emirates, formed the United Arab Emirates. The following year Ras al Khaimah joined the federation while Qatar and Bahrain chose to remain independent nations. In 1973, the monetary union with Qatar was dissolved and the UAE Dirham introduced throughout the UAE. A free trade zone was built around the Jebel Ali port in 1979, allowing foreign companies unrestricted import of labour and export capital. The Gulf War of 1990 had a negative financial effect on the city, as depositors withdrew their money and traders withdrew their trade, but subsequently the city recovered in a changing political climate and thrived.

Today, Dubai has emerged as a global city and a business hub. Although Dubai’s economy was built on the oil industry, currently the emirate’s model of business, similar to that of Western countries, drives its economy, with the effect that its main revenues are now from tourism, real estate, and financial services. Dubai has recently attracted world attention through many innovative large construction projects and sports events. This increased attention has highlighted labour rights and human rights issues concerning its largely South Asian workforce. Dubai’s property market experienced a major deterioration in 2008 and 2009 as a result of the worldwide economic downturn following the Financial crisis of 2007–2010

Other Stories about UAE