Abadiania is located in the central state of GOIAS in the Brazilian Altiplano. It is aproximately 88 Km (55 miles) North East of the State Capital Goiania. It is also about 98 Km (61 Miles) South West of the Federal Capital Brasilia. The population of the Municipality of Abadiania according to the last census in 2005 was approximately 12,000 people. The local authorities now believe that number is closer to 14,000 now. Although only about 7,500 live in the part of town that is closest to the highway. The rest are in the old city of Abadiania and in the rural areas surrounding the city which are also part of the municipality. The original city was formed in 1953 and it is now known as old Abadiania. Once the highway that unites Brasilia to Goiania was built, many of the residents of Abadiania were unhappy with the distance between them and this major through fare. Some of these residents began building their homes closer to the highway and eventually the city government was transferred to this area making it the official Abadiania. The old Abadiania also known as Posse d’Abadia remains a quaint little village nestled in the middle of green rolling hills speckled with white Brahma cattle. The elevation of Abadiania is 1,052 Meters ASL. or 3,455 feet ASL. The principal industry in this region is agriculture and cattle ranching.

Weather in Abadiania is classified as Tropical Savana (AW). Concentrated rain showers in the summer months October through April and a dry season from may through September. The maximum precipitation generally occurs in December/January and the warmest months are September and October with average temperatures around 25o Celcius (77o F) although 40oC (104o F) is not uncommon. The coldest months are June and July with average temperatures around 18o C (64oF) and lows ao 12o C or (53o F)

The City of Abadiania is known as the City of Spiritual Cures because of the presence of psychic healer, João de Deus, (John of God) who attracts many national and international tourists seeking cures for their maladies. JOHN OF GOD: , (João de Deus) is without a doubt one of the most powerful channeling mediums and healers alive today. João has been working at the Casa de Dom Inacio for over 30 years. There are some thirty three entities he channels at the Casa, so named after one of the entities, St Ignatius de Loyola, founder of the Jesuits.

John of God is able to help heal so many people at once because he does not work alone. There are thousands of beings working with him who are able to attend to people. He has helped people recover from all kinds of illness, including AIDS, cancer, auto immune disorders, arthritis, injury from sports and accidents, every illness is treatable at the Casa although results can vary. John of God also treats all kinds of emotional disorders, including addictions, depression, schizophrenia and bi-polar disorder. The majority of healing by John of God and the entities is invisible, visible surgery is entirely voluntary and makes up a very small proportion of the healing work. 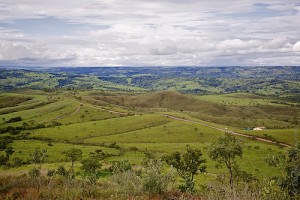