World’s Cheapest Countries to Retire to 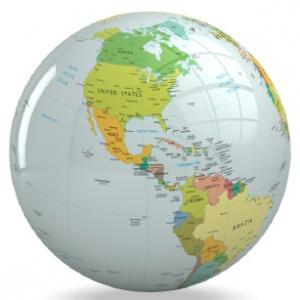 The World’s Cheapest Countries to Live In.

Living abroad can be an exciting, mind-opening experience and is the best way to learn about new cultures. But it’s made even better if your money goes further than at does at home. Find out which countries offer the most bang for your buck.

In the west, we’ve gotten used to over-paying for things: car parking charges, expensive housing, rip-off public transport, beers that cost as much as your hourly wage, the list goes on… Thankfully, there are plenty of countries where your money goes much further. They all share common characteristics: cheap accommodation, lots of activities to keep you occupied, and tropical climates that make food bountiful.

Of course, the tropical climate also offers the not-insignificant benefit of gorgeous weather and often pristine beaches on which to while away the hours. And if you can manage to get away from the bigger towns and off the beaten track, you’ll usually find that life becomes cheaper and the scenery even more stunning. Your life in paradise can actually become a reality. 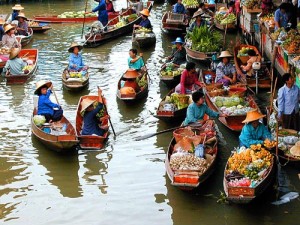 The Land of Smiles needs no introduction. More than probably any other South-East Asian country, it knows how to make us farangs (foreigners) feel welcome.

If you’ve visited, you’ll know the satisfaction of strolling up to a street stall, paying 25 baht (about £0.50) for a plate of fried rice, then sitting on a little plastic chair and watching the world go by. Then there are the cheap, comfortable guest houses (or beach huts!), the dollar-a-bottle beers and the cheap buses that can take you half the length of the country for the same price as getting to the next town at home.

And you know what, living here is even cheaper than visiting. Even in Bangkok, a long-term studio apartment is only £90 per month; move somewhere like Chiang Mai, and you could pay as little as £20! So you can budget just £300 for the whole month and have a lifestyle just as comfortable, but infinitely more satisfying than you’ve got at home.

Oh, and we’ll let you into a little secret… pretty much everyone leaves Thailand looking slimmer than when they arrived! Why? Because instead of stuffing yourself with burgers and chips, you’ll be having rice and green curry; because instead of finishing off your meal with cakes and biscuits, you’ll probably find a fresh mango shake infinitely more refreshing; and because instead of being chained to a desk all day, you’ll be out exploring this gorgeous country! 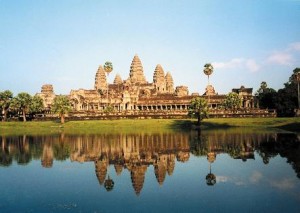 It may have a troubled history that could give most countries a run for their money, but there are few places in the world where it’s cheaper to live than Cambodia. Even in the capital city, you could live on just £300 per month.

An air-conditioned apartment will only set you back £120 per month. This might be slightly more expensive than Bangkok, but you can easily trim your outgoings further by sharing with other westerners.

But the added bonus is that food and drink is probably even cheaper than in Thailand. You can have a whole meal in a local restaurant for just £1.20 where a beer will be just £0.60; these costs can again be slashed even more by venturing into the markets and street stalls, which will also add a bit of excitement to your stay.

What’s more, the troubled history makes Cambodia a fascinating place to visit. It’s one of the poorest places in Asia and the people are working hard to emerge from the shadow cast by Pol Pot’s infamous regime, but it offers an edge and excitement that’s sometimes missing from nearby countries. The more you learn about Cambodia, the more you’ll come to love it! 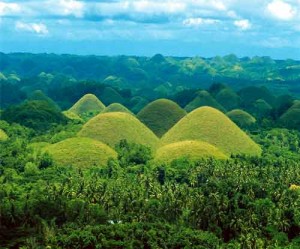 Could this £300 budget ever become boring? We certainly don’t think so! Especially when you have fascinating cities and so many beautiful beaches; not surprising when you realise that it’s the second-biggest archipelago in the world. An apartment comes in as low as £25 per month in the smaller cities, rising to £120 in the busier locations.

Once again, the food is probably even cheaper than in Thailand, as large beers come in at only £0.35, while meals at even the nicest restaurants costing just £6 per person, and significantly cheaper than that a smaller, local places.

And guess what: there are also fewer visitors than most other South-East Asian countries, too, so by living here you’ll really feel like you’re getting a uniquely authentic experience. 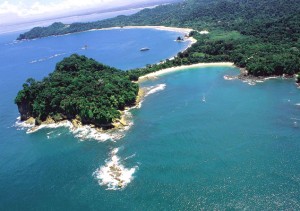 The “Rich Coast” is one of Latin America’s best destinations no matter how much money you have, and is even better if you’re on a budget. You know you’re going to get value for money when the cost of your flight is rewarded with a Caribbean and a Pacific coast!

Once again, our magic number of £300 per month appears, although expect your costs to be slightly higher in San Jose, even if you do share accommodation with another westerner. However, venture outside of the capital and prices drop off quickly, with whole houses available for just £150.

Food is similarly priced, with a good meal costing just £1.20 in a locally-run restaurant, and a bunch of bananas from an outdoor market costing £0.30. Even the 2-hour bus journey from San Jose to either coast is less than £2.

These prices may be slightly higher than in other Latin American nations, but what sets Costa Rica apart is just how much is available to you for the still negligible prices. There’s hiking, wildlife-spotting, active volcanoes and some of the best surfing in the world. It’s an amazing location to explore for a couple of years. 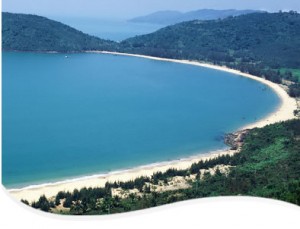 Vietnam is a popular budget travel destination and should be high on your list of places to stay for a one year, two years, maybe longer. It offers a scintillating mix of beautiful scenery, unrivalled food and some of the most spirited people you’re ever likely to meet.

So, once you’ve taken into account the £120 per month for your apartment, what should you expect tospend on a typical day in Vietnam? You can wake up and head down to the nearest street stall for a nutritious breakfast of Pho Bo (Hanoi Beef Soup) for just £0.70; hop on a bus for less than £0.50; pick up some fried rice for lunch at about the same price; pay a similar amount for a fruit shake when you get peckish later on; have a Vietnamese Curry in a local restaurant for £2, then finish it off with a few glasses of Bia Hoi for £0.10 each.

Sound good? Well, this 1,600km-long country offers a stunning array of landscapes and almost as many different cuisines to go with them, so you can be sure that life in Vietnam will never get boring.