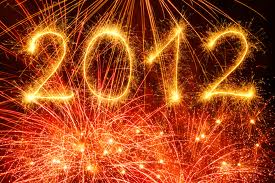 It’s bone-shatteringly cold. Approximately 1 million people are packed in tighter than commuters on a 6 train during rush hour. Mostly, they stand around waiting. Heck, they’re not even allowed to drink champagne.

Still, it’s no wonder that many New Yorkers and visitors want to spend at least one New Year’s Eve in Times Square. To people all over the world—an estimated 1 billion–plus viewers, in fact—Times Square is New Year’s Eve, the backdrop to a lifetime of Dick Clark (and, more recently, Ryan Seacrest)–hosted TV specials, the place where the ball drops, the fireworks explode and the streets are bathed in a ton of confetti. And we don’t mean “a ton” as in “a lot”—we mean an actual ton, as in 2,000 pounds.

So if you choose to be part of the world’s biggest New Year’s Eve party this time around, here are some essential tips to ensure that your experience is memorable and pleasant. (For more details, visit the Times Square Alliance website, our main source for Times Square dos and don’ts.)

The Basics
The famous illuminated Waterford Crystal ball—which can display more than 16 million colors and billions of patterns—drops from a flagpole atop 1 Times Square. The Alliance recommends watching on Broadway between West 43rd and West 50th Streets and on Seventh Avenue up to West 59th Street. Be sure to arrive early, as police officers close down streets as they fill up. (Here’s a rundown of last year’s street-closure times.) Those who score the choicest spots typically arrive before 3pm; the ball rises to the top of the flagpole at 6pm, and by 10:30pm, it’s nearly impossible to find a spot with a view of the ball. Spectators with disabilities should take special care to arrive far in advance, as the designated accessible viewing area—at the northwest corner of West 43rd Street—fills up quickly, too.

Last year, entertainment for those awaiting the New Year and its accompanying pyrotechnics included live music, hourly countdowns and even midnight-smooch practice. Expect more of the same as you ring in 2012.

Take the Train
Public transit is by far the best way to reach the celebration, but try to detrain at a stop other than 42nd Street/Times Square and walk the rest of the way. That subway station in particular becomes uncomfortably crowded on New Year’s Eve.

Wear Comfortable Shoes
We know you want to look nice on New Year’s Eve, but no one is going to see your feet in this crowd. If you arrive early enough to get a good viewing spot, you’ll be standing for many hours, and a pair of Reeboks will serve your tired feet much better than a pair of Manolos. Whatever comfy shoes you wear, just make sure they’re closed-toe (and accompanied by a thick pair of socks), or it won’t be long before your feet go numb.

Leave Your Bag at Home
The cops won’t let you past the barricades with a bag, period. Plus, you’ll be glad not to have any accessories weighing you down.

Bundle Up
It’s going to be very, very cold, and the temperature will continue dropping as the hours pass. Wear more layers than you think you’ll need. The Times Square Alliance website actually references GORE-TEX® by name, which tells you everything you need to know about the conditions in Times Square on December 31.

Fuel Up
You can’t reclaim your viewing spot if you leave the area, so grab a bite beforehand on nearby Restaurant Row or elsewhere—but make sure you’re sufficiently nourished and hydrated for the long haul once you join the throng.

Visit the Restroom in Advance
There are no portable public bathrooms in the viewing area, so be sure to go before you arrive.

Have Cool Friends
It won’t hurt to like the people you’re with and have plenty of conversation topics ready—it’s going to be a fun night, but a long one, too.

Of course, if Times Square isn’t your cup of tea, there are plenty of other ways to ring in 2012—especially in New York City. For example, you could catch a concert, take a cruise or see a comedy show. However you choose to celebrate, have a great time. Happy New Year!

By: NYC The Official Guide nycgo.com 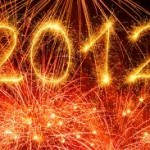 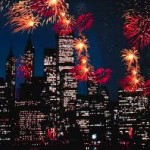 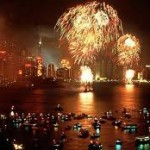 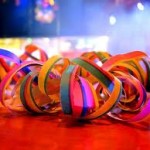 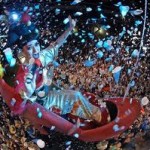 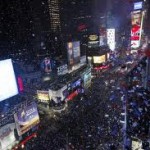 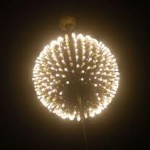 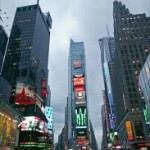 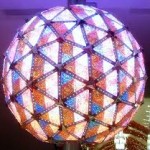 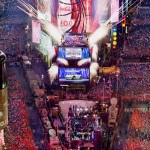 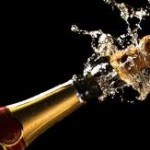